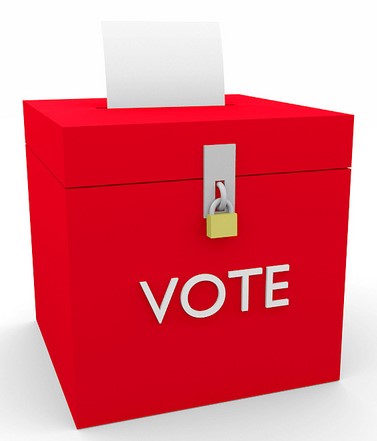 In other words, Buhari has swept to power on the say so of 8.7% of Nigeria’s total population (counting infants and children under 18). This is fine by me. Those who refuse to open their mouths do not deserve to get fed. But here is the rub, those who could not be bothered to go out to vote or who could not even be bothered to register despite being eligible compose the majority of Nigeria’s adult population; and they are the same people on whom I rely – just as I expect they rely on me – to ensure that the promises of my future government bear fruit. They are the ones who demand feeding—along with the minority who dared indelibly to stain their fingers.

So where do we go from here, when in the country’s most democratically contested elections only 16.6% of the eligible population cast a vote? Where do we go when during a time I for one have never witnessed in my country’s history, in which the democratic fervour is so high and the clamour for positive change rings so loud from the droves below, that 80% of the population still refuses to take on the responsibilities of citizenship.

Don’t get me wrong, I am sympathetic to those who believed that the choice between one leader whose past was so beleaguered by brutality that to choose in his favour was one unconscionable act too far for the simple and necessary benefit of lancing an incompetent boil. Let me remind these people, that a full 13,076 voters had the courage to turn up at the voting stations and cast their ballots for one Professor Oluremi Sonaiya of the KOWA party. Their votes might have been ‘wasted’ in the technical sense that it would have taken a miracle of biblical proportions for the woman they voted for to win, but in every other sense that matters did these Nigerians – and every other Nigerian who voted – show the gargantuan power which was contained in something so miniscule as a fingerprint. They voted.

They voted in a country where voting has, at the very best of times, been nothing more than a sham; and at the worst, impossible and punishable. They voted at a time where more than ever Nigerians were calling on each other and on themselves to give more, to be better, and move categorically forward. Regardless of the individual party choices voters made at the ballot box on the 28th of March, all 29 million some voters, including the million or so whose ballots were made invalid or spoiled, made a single affirming choice, and that was to take on the privilege of being a Nigerian citizen.

I have to presume that it is most especially to these voters that Buhari’s recent letter to his soon-to-be population has been directed. Though of course, as president he must be more forgiving than I am and care for those who will inevitably make demands on his office despite having ignored the opportunity to express their democratic privilege.

There is nothing untoward or obviously worthy of ridicule or criticism in Buhari’s “covenant” to the Nigerian masses, and indeed there is much to make those who are prone to being hopeful maintain their hopefulness. For those of us more comfortable with cynicism, there is much to ponder.

From Buhari’s promise to “work with the National Assembly to strengthen ICPC and EFCC by guaranteeing institutional autonomy including financial and prosecutorial independence and security of tenure of officials.” And to “make the Financial Intelligence Unit of the EFCC autonomous and operational.” To his stated pledge to “implement the National Health Act 2014,which guarantees financial sustainability to the health sector and minimum basic health care for all and ban medical tourism by government officials.” Such heady goals, and all I can think is with the wealth of emotion that has brought Buhari to power and the depth of anticipation that awaits his every move, he would do well to present us with little morsels of reality so that we are not ruined on a wave of high optimism that fails to consider where we are now, how we got here, and the pragmatic ways in which we can best carve out our futures.

Of the pledges Buhari promises Nigeria he will carry out in his first 100 days, I can only spot a hand full of initiatives that have anything to do with short term revenue generation. These include his desire to cut government waste, and to reduce the earnings of political appointees and office holders. His pledge to implement better accounting structures for excess crude revenues with 10 to 20% of revenues being domiciled for the national savings tin is certainly a more long term initiative the point of which is not to spend the “savings” willy nilly.

His other nearly 80 pledges all involve spending a significant amount of public funds. From the very basic pledge to improve the availability of water and sanitation to more complex agricultural developments, the question remains where will the money be coming from? And especially on quite unnecessary pledges as forcing all government contractors to employ a 50% young workforce presumably on government contracts instead of simply the best qualified candidates. Why, and why fifty percent? There is very little mention of private sector leadership which leaves me wondering whether the government is single-handedly, and inevitably inefficiently, going to micro-manage every single aspect of Nigeria’s socio-economic development. The fact that there is no mention whatsoever of a revamped system of public taxation has, I must confess, left me in a state of high, and resigned, panic.

There is a much favoured quote by Chinua Achebe, which Nigerians (and commentators on Nigeria) love to churn out at any seemingly relevant opportunity that “the trouble with Nigeria is simply and squarely a failure of leadership.” Its simplicity is, I think, what has made it such an attractive diagnosis but its very mistake is exactly in its being too simplistic and in treating Nigeria as an all too unique case.

Leadership has never existed in a vacuum. And while we wait for Buhari to prove to us that we are not fated to be run by presidents who have no conception of the word at all, it would behove us to begin to acknowledge that development does not happen by magic. So that when we conjure up often spurious examples of countries and times where leaders have appeared to emerge out of the blue to achieve seemingly wondrous things, we must search deeper and ask what the population was doing and what structures had been put in place both from the top and from the bottom to enable such achievements. Because I can assure you, there is nothing supernatural about it either in Nigeria or anywhere else. We must begin to recognise that leaders within semi-democratic structures, and even the very best of them, can only get out of those structures (in 4 to 8 years, never mind 100 days!) what has been put into them by the active population below. That is, if we are still as yet unwilling to sign ourselves up under a renewed totalitarianism; although that would, of course, save us from the bother of having to vote.