“At the 2003 African Union Summit in Maputo, African countries – including Nigeria – pledged to allocate 10 per cent of their budgets to agriculture to combat consistent under-investment and harness the sector’s potential to spur economic growth. Nigeria is not living up to this commitment.” 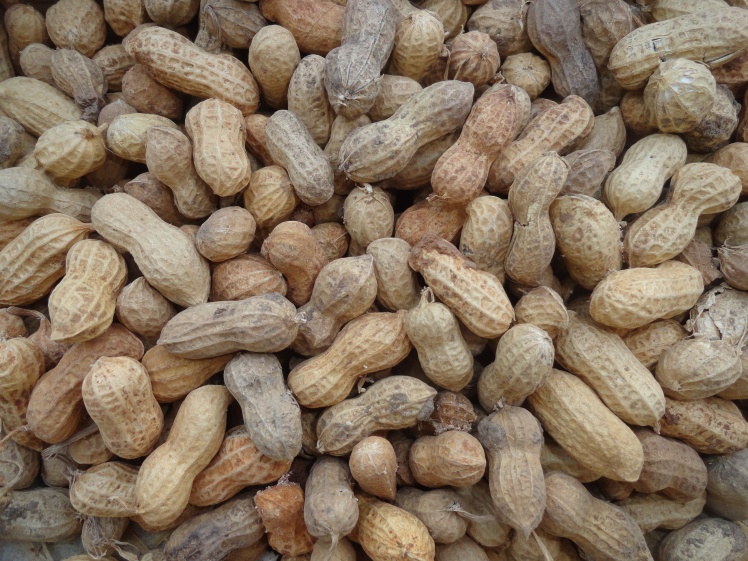 Motivated by falling oil prices, the now distant memory of universities built from cocoa profits, and a national wealth showcased by pyramids of groundnuts in the northern part, the Nigerian government has claimed a renewed commitment to diversifying the economy by way of agriculture.

It helps the government’s cause that Nigeria has the largest national agricultural research system in sub-Saharan Africa. Unfortunately, this is not due to Nigeria’s commitment to agricultural research and development; but rather, to the sheer size of the country. Still, if Nigeria is to propel itself into equitable socio-economic development, this will have to change.

Nigeria has dropped to the world’s fourth largest producer of cocoa— after Côte d’Ivoire, Ghana, and Indonesia.

Prior to Nigeria’s oil boom in the 1970s, the country was the world’s largest exporter of palm oil—well ahead of Malaysia and Indonesia. Ahead of the United States, Nigeria exported 47 per cent of the world’s groundnuts. As far as cocoa was concerned, in the 1960s Nigeria was the number two global producer and accounted for 18 per cent of global cocoa production.

This is the golden era of Nigerian agriculture to which the government wishes to return. Indeed, President Buhari has promised an increased allocation for agriculture in the 2017 budget.

The government’s commitment to Nigerian agriculture is much welcomed by the farming industry. Nigeria has dropped to the world’s fourth largest producer of cocoa— after Côte d’Ivoire, Ghana, and Indonesia. It’s cocoa exports continue to dwindle year on year, and any recent profits are due to high global prices for the raw bean rather than as a result of government assistance or innovations that would see Nigeria exporting cocoa as an ingredient in finished goods.

In order to improve productivity in the sector, it is necessary to improve the quality of agricultural research. Nigeria’s Federal Ministry of Agriculture and Rural Development identifies that there “is a productivity challenge driven by an input system and farming model that is largely inefficient.”

Given the productivity challenge, it is disappointing that the government’s espousal of its commitment to a rejuvenated agriculture sector seems to be somewhat disconnected from an understanding of the vital role of science research to agricultural development.

In 2006, the Agriculture Research Council of Nigeria (ARCN) was resuscitated from dormancy. The ARCN is Nigeria’s main body for coordinating agricultural research. The organization oversees fifteen research institutes, the Federal Colleges of Agriculture, over 50 Faculties of Agriculture in tertiary institutions, and three Universities of Agriculture. The federal government is the system’s largest source of funding, with 98 per cent of funding coming from the government, and the remaining 2 per cent from sales of goods and services.

In terms of rhetoric, the agricultural research network is well supported. In June this year, the government released its Agriculture Promotion Policy (2016 -2020) , which aims to build on the previous government’s agriculture agenda and to put agriculture back at the core of Nigeria’s development strategy. The new policy notes that “agricultural research is recognized as a critical enabler of economic growth. It is prioritized by the constitution and explicitly assigned as the primary responsibility of the Federal Government on the Concurrent Legislative List.”

60 per cent of households in Nigeria are involved in agriculture as a source of livelihoods; either for cash income or for household consumption.

At the 2003 African Union Summit in Maputo, African countries – including Nigeria – pledged to allocate 10 per cent of their budgets to agriculture to combat consistent under-investment and harness the sector’s potential to spur economic growth. Nigeria is not living up to this commitment.

A closer look at the 2016 budget reveals that only 1.25 per cent of the budget was allocated for agriculture. This means that the allocation for agriculture research will be a further fraction of this.

This is not new; financial investment in agricultural research as a share of agricultural GDP has always been low. In 2011, it was a mere 0.33 per cent. This trend is maintained in spite of the fact that 60 per cent of households in Nigeria are involved in agriculture as a source of livelihoods; either for cash income or for household consumption.

The investment gap is further apparent in the non-availability of funding opportunities for those undertaking post-graduate studies in agricultural research. As such, Nigeria’s competitive potential is stymied both at the local and at the international level. A commitment to the development of agriculture, specifically agriculture rooted in scientific research and innovation, is impossible without considerable financial investment in the sector.

Currently, much of the funding gap is being filled by the presence of international and regional research bodies. Donors such as the World Bank, through its West Africa Agricultural Productivity Programme help fill in significant agricultural research and technology gaps.

Significant and sustainable change will only be possible, however, when the Nigerian government properly prioritizes and funds research in Nigeria that can respond to the country’s specific situation and needs. These include an aging farming population that needs relief by way of an increase in youth participation in agriculture. A locally-appropriate productivity strategy must consider the fact that small-scale farmers account for 90% of the country’s agriculture output.

Further, it will be essential to rectify the fact that women constitute a significant proportion of the agricultural workforce and yet have very few resources that are specifically targeted to help increase their productivity.

Agriculture research founded on solid scientific practice is vital to Nigeria’s future. Research into new technologies, improved seeds and other agriculture inputs, as well climate adaptation strategies are essential. Not just for researchers but for the farmers who desperately need access to the new ideas that can improve their productivity.

Countries like India and Brazil, which have attributed the rise in their agricultural productivity to the impact of agricultural research are encouraging examples. India’s Green Revolution would have been unfathomable without research and development in agriculture and new technology.

Prior to Nigeria’s oil boom in the 1970s, the country was the world’s largest exporter of palm oil—well ahead of Malaysia and Indonesia.

Nigeria is well placed to build on its national agricultural research system. New innovations and practices can help agriculture regain its position at the centre of a diverse and vibrant Nigerian economy. If it is serious about unlocking the key to the country’s agricultural productivity, the Nigerian government must prioritise investment in agricultural research.

Olabukunola Williams is the Programme Coordinator of the Nigerian Women in Agricultural Research for Development (NiWARD).